The Carbon Advisory Service Ltd (CAS) is a multi-disciplinary engineering company which aims to reduce its clients’ operational expenses and carbon footprint through the implementation of intelligent engineering solutions. Services are offered and applied on a bespoke basis, and may include the architectural design of new build properties, or the refurbishment of existing properties.  CAS is focused on two  core markets: blue-chip corporations, and the travel and tourism sector. We have developed a broader offer to a larger industrial and land owning client base.

The CAS team is comprised of leading figures from engineering, finance, legal, academic and climate change backgrounds, who are supported by a highly competent administrative team. Although our central team is small, we employ an extensive team of consultants on a contract-by-contract basis. We can expand to large projects such as a National Decarbonisation Programme (NDP). 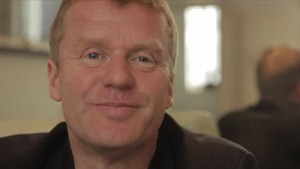 One of the few people in the world to have his trademark evolve into his own word in the Oxford English Dictionary, Dan Morrell coined the phrase ‘Carbon Neutral’ as a way of repackaging the concept of carbon offsetting that he founded. As the Director of arguably the first ever business to address the consequences of global warming, Dan established carbon trading in 1988, and incorporated Future Forests in 1996, a way for businesses to ‘go green’, trading the world first ton of carbon for $5. Last year carbon traded $142 billion predicted to rise to $1 trillion by 2020.

Dan’s activities have caused the planting in excess of 13 million trees, with forests on every continent save for Antarctica and investments in wind wave geothermal solar hydrogen and biomass plants.

Dan has consistently been a pioneer. At 18 he initiated the video games space invaders market, selling containers of the game in the UK from a supplier in Tuscany, where he grew up.

Spotting a niche in the commercial TV and music market to significantly increase record sales and market penetration of products through co-releasing, Dan supplied pre-release and re- release records as commercial backing tracks. Working on ad for brands such as Tango, Adidas, Guinness and L’Oreal in the late 80’s and early 90’s Dan created several hit records off the back of these co- releases.  This helped with contacts with the heavy hitters in the music and advertising industry, relationships that would prove fruitful when big business failed to appreciate the consequences of climate change.

It was the leadership of the artistic community that amplified the idea of Carbon Neutral in the public domain. Dan’s contacts such as Joe Strummer, The RollingStones, Pink Floyd and Leonardo Di Caprio led by example and committed to becoming Carbon Neutral, as did Roland Emmerich who made his film ‘The Day After Tomorrow’ Carbon Neutral. Major bands did the same for the production of 100 + million CDs worldwide. At this stage, big business finally took notice and over four hundred and fifty corporations such as Avis, HSBC and Honda developed Carbon Neutral programmes with Dan. Future Forest was renamed The Carbon Neutral Company, and has become the world brand leader in its field.

In 2004, he founded Global Cool. This public benefit organisation aimed to show individuals on a global basis how they could act against climate change. Orlando Bloom in Japan at Fuji Rock Festival ‘06 successfully launched the initiative. Global Cool held a reception at No. 10 Downing St. in January 2007, hosted by Prime Minister Tony Blair. Steven Fry spoke, as did David Milliband. During this time, Dan participated in working sessions at No. 10 Downing St. on climate change and became a panellist at the Accounting for Sustainability project, launched by HRH Prince Charles at Clarence House.

In 2007, Dan founded his fourth company, The Carbon Advisory Service Ltd (CAS), an engineering company that sustainably refurbishes existing buildings, and designs green new build systems, with clients such as Shell, Six Senses, the Maldives government. CAS consistently gets between 40% to 80% cost savings in the ongoing running of the building utilising a refurbishment budgets that are already in existence.

In 2008 Dan, together with Green and Black founder Craig Sams, created Carbon Gold, first modern biochar company. This organisation was set up to develop biochar as an agricultural product that can be used on a large scale to capture and store CO2, while nourishing the soil.